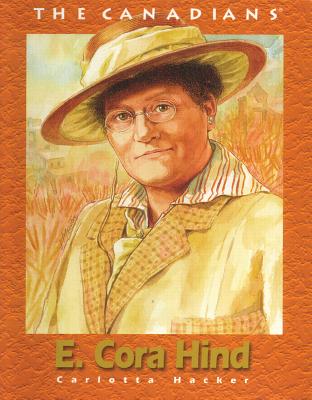 By Carlotta Hacker
$6.95
Unavailable, Out of Stock, or Out of Print

E. Cora Hind was born in Toronto in 1861 but spent most of her life in the West. She became known both nationally and internationally as an outstanding journalist, lecturer, writer and foremost authority on all aspects of agriculture. In the 1930s a European newspaper claimed that she was "Canada's most famous woman." It was a reputation E. Cora Hind had achieved entirely through her own efforts.

Despite her international renown and respect, she lacked many male privileges-such as the right to vote. She was a dedicated member of the suffrage and temperance movements, and all her life she spoke out strongly against any injustices suffered by women. When she died in 1942 she had become a Canadian institution, remembered for her great contribution to women's rights and to the development of the West. A Canadian Children's Book Centre Our Choice, 2005

Carlotta Hacker is a Fitzhenry and Whiteside author.