The Countess and Me (Paperback) 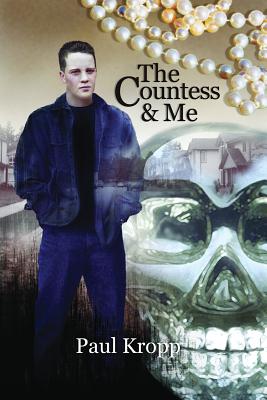 By Paul Kropp
$8.95
Unavailable, Out of Stock, or Out of Print

When he first meets Countess von Loewen, Jordan finds himself obliging her by burying a quartz skull she claims is cursed. She's not your typical neighbor. But soon she employs him as her gardener, and Jordan eventually grows to care about the lonely old lady. Besides, the countess believes in him as nobody ever has; she knows Jordan can become whatever he chooses.

Jordan has enough to deal with in this new town. At school, only the tough, cool kids show any interest; first they tease him, then exploit him. And when they decide to give Jordan a taste of life on the inside with pool parties, girls who seem interested, a great car to cruise around in, Jordan is hooked. He has to be part of this group. So when Jordan agrees to steal the quartz skull he's been blabbing about, it seems like a pretty easy test of his loyalty. After all, the countess doesn't want it anymore, does she?

Before he knows it, however, Jordan finds himself in too deep. His continual bragging about the countess and her house full of treasures eventually gets Jordan, and his eccentric neighbor, into far more trouble than he could imagine. And as he starts to wonder about the so-called curse of the quartz skull, Jordan knows he has to face another test. Will he have the courage, cursed or not, to become the man that Countess von Loewen believes him to be or the loser everyone else sees?

Bestselling author Paul Kropp tells an absorbing story that will hook older readers from the first page. In his character Jordan, the popular author of books for teens has found a young Everyman with whom readers can readily identify. And in the countess, Kropp has created a loveable loony no one will soon forget.

Paul Kropp is an internationally published author known for such books as Wilted, Getting Even and Moonkid and Liberty. He lives in Toronto and teaches high-school English in Hamilton, Ontario.