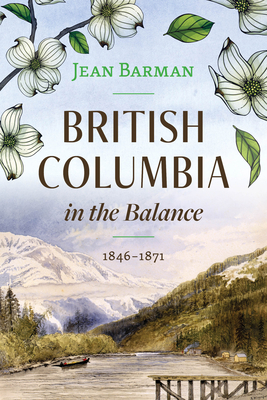 Esteemed historian Jean Barman brings new insights on the seemingly disparate events that converged to lay the foundation of the present-day province.

By examining newly accessible private correspondence exchanged with the Colonial Office in London, Barman pieces together the chain of events that caused the distant colony of British Columbia to join the Canadian Confederation as opposed to the very real possibility of becoming one or more American states.

Following the division of the Pacific Northwest between Britain and the United States in 1846, it took British Columbia just a quarter of a century to be transformed from a largely Indigenous territory in 1871, into a province of the recently formed Canada Confederation. In this detailed exploration of colonial politics, including fur trader and politician James Douglas's governance and the critical role played by the many unions between white settlers and and Indigenous women, Barman expertly weaves together seemingly disparate events that converged to lay the foundations of today's Canadian province.