Save Yourself: A Memoir (Compact Disc) 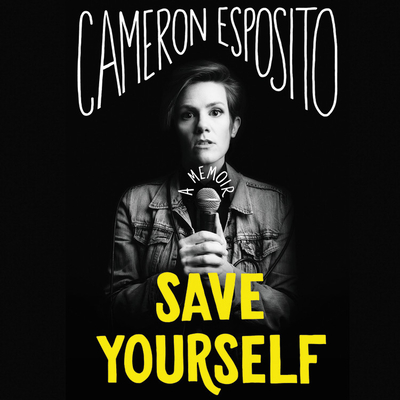 By Cameron Esposito (Read by)
$29.00
Unavailable, Out of Stock, or Out of Print

From standup comic Cameron Esposito, a memoir that tackles sexuality, gender and equality--and how her Catholic upbringing prepared her for a career as an outspoken lesbian comedian in ways the Pope never could have imagined.

Cameron Esposito wanted to be a priest and ended up a standup comic. She would like to tell the whole, freaking queer as hell story. Her story. Not the sidebar to a straight person's rebirth-she doesn't give a makeover or plan a wedding or get a couple back together. This isn't a queer tragedy. She doesn't die at the end of this book, having finally decided to kiss the girl. It's the sexy, honest, bumpy and triumphant dyke's tale her younger, theology major self needed to read. Because there was a long time when she thought she wouldn't make it. Not as a comic, but as a human.

SAVE YOURSELF is full of funny and insightful recollections about everything from coming out (at a Catholic college where being gay can get you expelled) to how joining the circus can help you become a better comic (so much nudity) to accepting yourself for who you are--even if you're an awkward tween with an eyepatch (which Cameron was). Packed with heart, humor, and cringe-worthy stories anyone who has gone through puberty can relate to, Cameron's memoir is for that timid, fenced-in kid in all of us--and the fearless standup yearning to break free.