Nothing to Lose, Everything to Gain: Being Black and Conservative in America (Compact Disc) 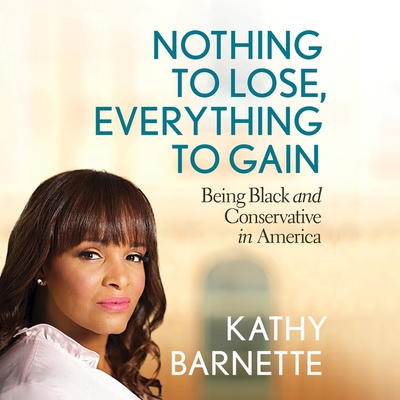 By Kathy Barnette (Read by)
$34.00
Unavailable, Out of Stock, or Out of Print

There was a time when Kathy Barnette, like most black Americans, bought into the fallacy that if you're black, you must vote for democrats. However, after carefully studying the history of the United States and diving deep into the story of her own family, she realized that this is not the case. In fact, she realized that it is liberal policies that usually leave black Americans broke, defeated, and dependent on the government for everything.

In Nothing to Lose, Everything to Gain, Barnette takes the words of President Trump himself -- who once famously sought the support of the black community by asking, what the hell do you have to lose? -- and writes about the state of black people in America today. She discusses everything from language and class to economics and hip-hop music, interweaving her commentary with stories about her own family's long pursuit of the American dream.

Barnette argues that President Trump has done more for black Americans than any president in history, and that he should be given four more years to keep adding to his record of achievement.