Toward a More Perfect Union (Paperback) 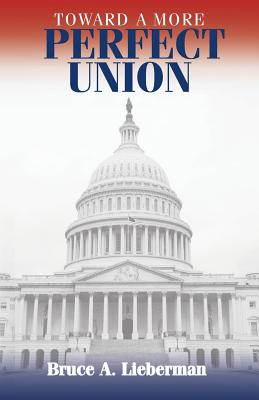 These thoughtful and thought provoking essays by national political observer Bruce A. Lieberman shine the light on some of the most difficult problems that threaten the success of the American experiment in democracy and offer practical solutions to those problems. From the election of Donald Trump to an obscene provision of the tax laws to the scourge of violent urban crime and more, Mr. Lieberman invokes the words of the founding fathers and other brilliant minds of the past, adds a large dose of logic, originality and common sense, and shows how an honest and involved citizenry can succeed in making America great again. Mr. Lieberman runs the gamut of liberal, independent and conservative political thought in arriving at concrete ways to move America forward. This is a book for open-minded, patriotic Americans who want to return honesty, decency and sanity to our government. Mr. Lieberman received his Bachelor of Arts in Political Science from Bard College and his Juris Doctor from New York University School of Law. He resides with his wife, Deborah, in Sandia Park, New Mexico. He has requested that this book be printed in 13-point type to make it more accessible to interested readers who are visually impaired.