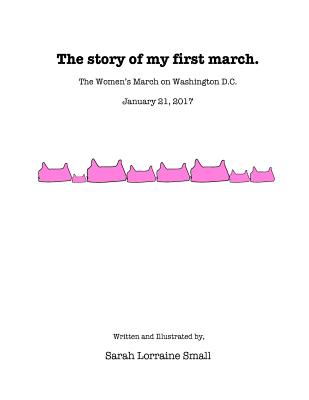 The 2016 election is finally over, and the country is getting ready for two events-the inauguration, and a march the day after The women's march, for many attendees, is a first-time rally. In cities around the world, women and even men of all ages and of intersectional causes plan to come out on the same day, reminding the new president that everyone is watching and that the future is female. The Women's March on Washington D.C. and cities around the world, planned via Facebook, happens on January 21, 2017, and is a first for many.

Sarah Lorraine Small is a lawyer. She lives in Los Angeles, high atop Mt. Student Loans, with her puppy Teddy (short for Theodore Roosevelt) and kitty Baytoven (his spelling). Sarah attended her first march, the Women's March on Washington D.C., on January 21, 2017. She cares about things like truth, justice, humanity, and planet Earth too.