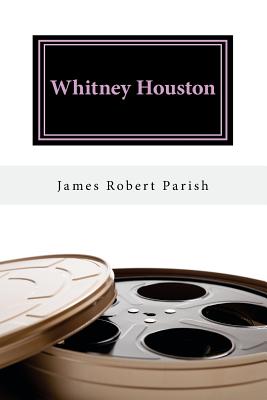 Part of the Encore Film Book Classics series, this is a reprint of the original text to Whitney Houston: 1963-2012: We Will Always Love You by James Robert Parish. When legendary singer Whitney Houston died suddenly on February 11, 2012 her fans around the world were shocked by her tragic passing. This comprehensive biography chronicles the full dramatic narrative of Houston's rollercoaster ride from her troubled childhood days in New Jersey to her emergence as an international singing sensation in her early twenties. While her adoring public placed the beautiful and amazingly talented songstress/actress on a lofty pedestal, lurid tabloid reports about Houston's increasingly frenzied partying lifestyle, her dysfunctional marriage to singer/bad boy Bobby Brown, and her escalating bizarre professional behavior ultimately overshadowed her astonishing talents and the once high regard of her vast fan base. In more recent times, the celebrated singing diva battled a magnitude of disturbing problems, including her mounting substance abuse, the finish to her out-of-control marriage to Bobby Brown, her tremendous financial difficulties, and her stalled show business career. Then in the new millennium the pop superstar returned full force to her singing profession, spearheaded by her first new studio album (2009's I Look to You) in several years, and by her starring in a new feature film (2012's Sparkle). On the surface, everything now appeared to be so promising for her future life and career, until her world came crashing down into a heartbreaking finale. All of Houston's high and low points in her complex personal and professional life are covered, in Whitney Houston: 1963-2012: We Will Always Love You.