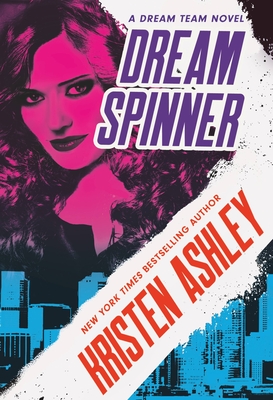 This is book number 3 in the Dream Team series.

In this steamy and emotional contemporary romance from a New York Times bestselling author, two damaged souls must overcome the pain of their pasts to have the love they've always dreamed of.

Hattie Yates has finally met the man of her dreams. Yet years of abuse from her demanding father have left her petrified of disappointment. She’s already failed to reach her goal of becoming a professional ballerina—she can’t handle the terrible consequences of another dream becoming a nightmare. But when a stalker sets their sights on Hattie, there’s only one man she dares to hope can help . . .

Axl Pantera knows Hattie is the only woman for him. Yet despite the attraction burning between them, Hattie refuses to let him in. The former soldier is determined to woo her into letting down her walls. And when danger comes calling, he’s up against more than her wary and bruised heart. Axl will do anything to prove to Hattie that they’re meant to be, but first, he’ll need to keep her safe.

Kristen Ashley is the award-winning and New York Times bestselling author of over seventy romance novels. Her books have been translated in fifteen languages, with four million copies sold.

Born in Gary and raised in Brownsburg, Indiana, Kristen was a fourth generation graduate of Purdue University. Since, she has lived in Denver, the West Country of England, and she now resides in Phoenix. She worked as a charity executive for eighteen years prior to beginning her writing career.

"Series fans will be pleased to return to this high-octane world and check in with familiar faces."—Publishers Weekly on Dream Chaser

"Excellent . . . Those who like a dash of sweetness in their suspense will be delighted."—Publishers Weekly on Dream Maker

"I don't know how Kristen Ashley does it; I just read the damn books and happily get lost in her world."—Frolic on the Dream Man series

"When you pick up an Ashley book, you know you're in for plenty of gut-punching emotion, elaborate family drama and sizzling sex."—RT Book Reviews

"Kristen Ashley books should come with a warning that says, 'You may become addicted to KA books.'"—Night Owl Reviews

"Any hopeless romantic would devour everything Kristen Ashley has to offer!"—Fresh Fiction