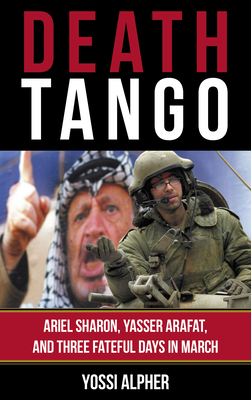 Death Tango traces the Middle East dynamic back to the events of March 27-29, 2002. March 27, Passover Eve, witnessed the most bloody and traumatic Arab terrorist attack in Israel's history, the Park Hotel bombing in Netanya. On March 28, an Arab League summit in Beirut adopted the Arab Peace Initiative, the most far-reaching Arab attempt to set parameters for ending the Israel-Arab conflict. The next day, Israel invaded and reoccupied the West Bank in Operation Defensive Shield. Alpher illustrates the interaction between these three critical events and depicts the key personalities-politicians, generals, and a star journalist-involved on all sides. It moves from a suicide bombing to the deliberations of Arab leaders; from the Israel Prime Minister's Office-where Ariel Sharon fulminated against Yasser Arafat-to Washington, where the United States fumbled and misunderstood the dynamics at work; and on to the Jenin refugee camp, where Israeli soldiers won a bloody military battle but Israel lost the media battle of public opinion. Based on extensive interviews and his deep personal knowledge, Alpher analyzes the three days in late March 2002 as a catalyst of extensive change in the Middle East, concluding that Arabs and Israelis are dancing a kind of "death tango.

Yossi (Joseph) Alpher is a consultant and writer on Middle East strategic issues. He is the author of Periphery: Israel's Search for Middle East Allies and No End of Conflict: Rethinking Israel-Palestine. His books have won the Yitzhak Sadeh Prize, the Chechik Prize, and the Chaikin Prize. He lives in Israel.