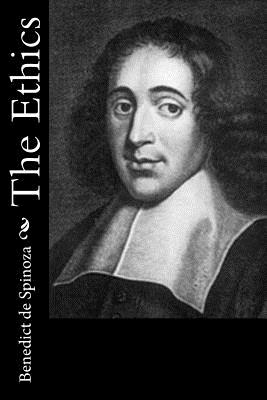 Excerpt from Ethic: Demonstrated in Geometrical Order, and Divided Into Five Parts, Which Treat (1) Of God; (2) Of the Nature and Origin of the Mind; (3) Of the Nature and Origin of the Affects; (4) Of Human Bondage, or of the Strength of the Affects; (5) Of the Power of The
It is perhaps impossible to understand any philosophy without a knowledge of the life and personality of which it is the expression. Of Spinozism this is especially the case, for, whether we view it from the standpoint of the thought or that of the thinker of the thought, the two fuse into one organic and consistent whole. One of the most characteristic doctrines of the system is the identity of intellect and will, of thought and action. For Spinoza thinking was in no sense the exploration of a dream-world but a way of life. And when we view the man himself certainly there is no figure in the whole history of thought who in his concrete actions has so whole-heartedly devoted himself to the search for truth, and literally lived the philosophic life.
Baruch or Benedict Spinoza was born on the 24th of November, 1632, at Amsterdam. His parents belonged to a group of Spanish and Portuguese Jews who had fled from the persecutions of the Inquisition and had finally found a refuge in the United Provinces, at that time in the midst of their inspiring eighty-year struggle for independence, which lasted up to the fifteenth year of Spinoza's life. Michael Spinoza, the father, was a well-to-do merchant evidently held in high esteem by the Jewish community in Amsterdam since he was four times Warden of his Synagogue and also one of the Wardens of the Amsterdam Jewish School. His second wife, the mother of Benedict, died in 1638.
About the Publisher
Forgotten Books publishes hundreds of thousands of rare and classic books. Find more at www.forgottenbooks.com
This book is a reproduction of an important historical work. Forgotten Books uses state-of-the-art technology to digitally reconstruct the work, preserving the original format whilst repairing imperfections present in the aged copy. In rare cases, an imperfection in the original, such as a blemish or missing page, may be replicated in our edition. We do, however, repair the vast majority of imperfections successfully; any imperfections that remain are intentionally left to preserve the state of such historical works.