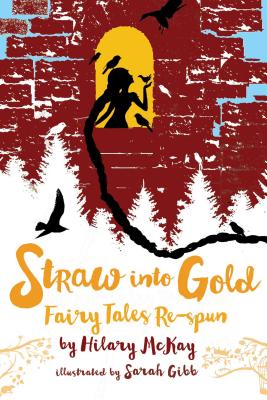 Imagine Hansel and Gretel’s story from their teacher’s point of view, when Gretel submits her report of, “What I Did in the Holidays, and Why Hansel’s Jacket Is So Tight.” Learn the story of how Rumpelstiltskin was used by a greedy girl who wanted to marry a prince in “Straw into Gold.” Find out what was really underneath all those mattresses the unlucky princess had to sleep on—and who the prince was really in love with—in “The Prince and the Problem.”

Award-winning author Hilary McKay brings a modern sensibility and inventive quirkiness to this beautiful collection of ten classic fairy tales, reimagining them with emotional depth and lighthearted humor. Each story is also accompanied by delicate black and white illustrations.

“This book is a real delight…A thought-provoking take on familiar, well-loved stories, ideal for anyone who can't get enough fairy tales.”
— Booklist

“Within the context of varied tellers and points of view, the gist of the classic stories remains largely intact, but McKay brings her own warm, insightful humor into the magical world.”
— Horn Book