Pioneers of Evolution from Thales to Huxley (Paperback) 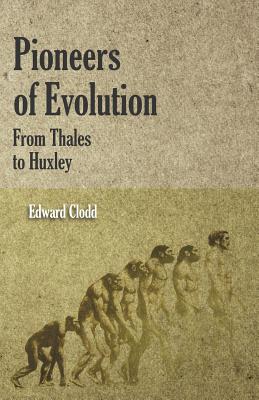 "Pioneers of Evolution" is a 1896 treatise by English Edward Clodd within which he explores the early proponents of evolution and the scientific answers to the origin of humankind. Looking at the world of such notable figures as Charles Darwin and Gerbert Spencer, this fascinating volume is not to be missed by those with an interest in evolution and the history of related ideas. Contents include: "Pioneers of Evolution From Thales to Lucretius", "The Arrest of Enquiry", "From the Early Christian Period to the Time of Augustine", "From Augustine to Bacon", "The Renascence of Science", "Modern Evolution", "Darwinism and Wallace", "Herbert Spencer", "Thomas Henry Huxley", etc. Edward Clodd (1840 - 1930) was an English writer, banker, and anthropologist famous for his various and notable literary and scientific friends, including the likes of Edward Fitzgerald, Samuel Butler, Andrew Lang, and others. Other notable works by author include: "The Childhood of the World" (1872), "Jesus of Nazareth" (1880), and "Nature Studies" (1882). Many vintage books such as this are increasingly scarce and expensive. It is with this in mind that we are republishing this volume now in an affordable, modern, high-quality edition complete with a specially-commissioned new biography of the author.