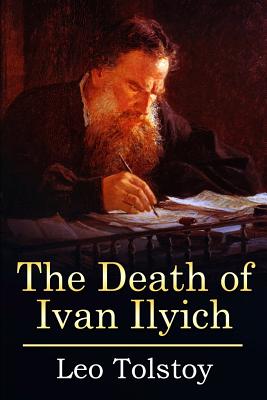 The Death of Ivan Ilyich
Leo Tolstoy (1828 - 1910) The Death of Ivan Ilyich, first published in 1886, is a novella by Leo Tolstoy, one of the masterpieces of his late fiction, written shortly after his religious conversion of the late 1870s. The novella tells the story of the death of a high-court judge in 19th-century Russia. Interpretation In his article of 1997, psychologist Mark Freeman writes: Tolstoy's book is about many things: the tyranny of bourgeois niceties, the terrible weak spots of the human heart, the primacy and elision of death. But more than anything, I would offer, it is about the consequences of living without meaning, that is, without a true and abiding connection to one's life ... Indeed, the mundane portrayal of Ivan's life coupled with the dramatization of his long and grueling battle with death seems to directly reflect Tolstoy's theories about moral living, which he largely derived during his sabbatical from personal and professional duties in 1877. In his lectures on Russian literature, Russian-born novelist and critic Vladimir Nabokov argues that, for Tolstoy, a sinful life (such as Ivan's) is moral death. Therefore death, the return of the soul to God, is, for Tolstoy, moral life. To quote Nabokov: "The Tolstoyan formula is: Ivan lived a bad life and since the bad life is nothing but the death of the soul, then Ivan lived a living death; and since beyond death is God's living light, then Ivan died into a new life - Life with a capital L." The Death of Ivan Ilyich, therefore, is more than a story about death. Death permeates the narrative in a realistic and absorbing fashion but, interestingly enough, the actual physicality of death is only passively mentioned in the early chapters during Ivan's wake. Instead, the story leads the reader through a pensive, metaphysical exploration of the reason for death and what it means to truly live. Tolstoy was a man who struggled greatly with self-doubt and spiritual reflection, especially as he grew close to his own death in 1910. In his book, A Confession, Tolstoy writes: No matter how often I may be told, "You cannot understand the meaning of life so do not think about it, but live," I can no longer do it: I have already done it too long. I cannot now help seeing day and night going round and bringing me to death. That is all I see, for that alone is true. All else is false. This personal epiphany caused significant spiritual upheaval in Tolstoy's life, prompting him to question the Russian Orthodox Church, sexuality, education, serfdom, etc. The literature Tolstoy composed during this period can be considered some of his most controversial and philosophical, among which falls The Death of Ivan Ilyich and other famous short stories such as The Kreutzer Sonata and The Devil. From a biographical standpoint, therefore, it is possible to interpret The Death of Ivan Ilyich as a manifestation of Tolstoy's embroilment with death and the meaning of his own life during his final years. In other words, by dramatizing a particular sort of lifestyle and its unbearable decline, Tolstoy is able to impart his philosophy that success, such as Ivan Ilyich's, comes at a great moral cost and if one decides to pay this cost, life will become hollow and insincere and therefore worse than death. German philosopher Martin Heidegger refers to the novella in his book Being and Time (1927) as an illustration of Being towards death.

Lev Nikolayevich Tolstoybr> (1828-1910)br Leo Tolstoy is widely recognized as one of the greatest of all novelists, particularly noted for his masterpieces War and Peace and Anna Karenina; in their scope, breadth and realistic depiction of Russian life, the two books stand at the peak of realistic fiction.br As a moral philosopher he was notable for his ideas on nonviolent resistance through his work The Kingdom of God is Within You, which in turn influenced such twentieth-century figures as Mahatma Gandhi and Martin Luther King.