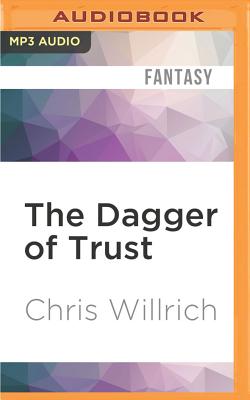 By Chris Willrich, James Patrick Cronin (Read by)
This Book Is Not Sold Online - Inquire In Store
Not In Stock/Special Order

Gideon Gull leads a double life: one as a talented young bard at the Rhapsodic College, the other as a student of the Shadow School, where Taldor's infamous lion blades are trained to be master spies and assassins. When a magical fog starts turning ordinary people into murderous mobs along the border between Taldor and Gideon's home nation of Andoran, it's up to him and a crew of daring performers to solve the mystery before both nations fall to madness and slaughter. But how do you fight an enemy that turns innocent people into weapons?