The Tomb of the Artisan God: On Plato's Timaeus (Univocal) (Paperback) 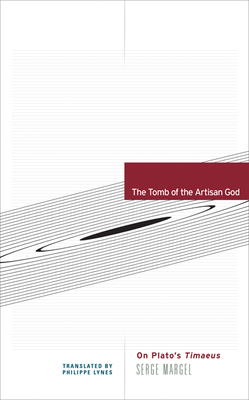 By Serge Margel, Philippe Lynes (Translated by)
This Book Is Not Sold Online - Inquire In Store

A far-reaching reinterpretation of Plato’s Timaeus and its engagement with time, eternity, body, and soul that in its original French edition profoundly influenced Derrida

The Tomb of the Artisan God provides a radical rereading of Timaeus, Plato’s metaphysical text on time, eternity, and the relationship between soul and body. First published in French in 1995, the original edition of Serge Margel’s book included an extensive introductory essay by Jacques Derrida, who drew on Margel’s insights in developing his own concepts of time, the promise, the world, and khōra. Now available in English with a new preface by Margel, this engagement with Platonic thought proceeds from two questions that span the history of philosophy: What is time? What is the body?

Margel’s twinned interrogation centers around Plato’s concept of the demiurge (divine artisan or craftsman): its body, its anthropomorphic attributes, its productive capacities and regulatory functions in the ordering/organization/assembling of the world. He posits that this paradoxical figure is not merely a cosmological metaphor for the living body but also the site of its destruction, dissolution, and disappearance. Torn between the finite and the infinite, being and becoming, the concept of demiurge also poses metaphysical questions about time, time before time, and the end of time. The ontological status of the demiurge’s body, Margel argues, would become increasingly decisive in the history of philosophy, particularly in Christianity and the dogma of incarnation.

Serge Margel is researcher at the Fonds National de la Recherche Scientifique and lecturer at the University of Neuchâtel.

Philippe Lynes is junior research fellow at the Institute of Advanced Study and the Department of English Studies at Durham University.