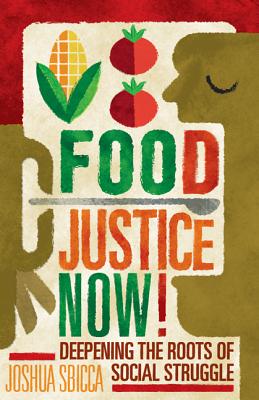 The United States is a nation of foodies and food activists, many of them progressives, and yet their overwhelming concern for what they consume often hinders their engagement with social justice more broadly. Food Justice Now! charts a path from food activism to social justice activism that integrates the two. It calls on the food-focused to broaden and deepen their commitment to the struggle against structural inequalities both within and beyond the food system.

In an engrossing, historically grounded, and ethnographically rich narrative, Joshua Sbicca argues that food justice is more than just a myopic focus on food, allowing scholars and activists alike to investigate the causes behind inequities and evaluate and implement political strategies to overcome them. Focusing on carceral, labor, and immigration crises, Sbicca tells the stories of three California-based food movement organizations, showing that when activists use food to confront neoliberal capitalism and institutional racism, they can creatively expand how to practice and achieve food justice.

Sbicca sets his central argument in opposition to apolitical and individual solutions, discussing national food movement campaigns and the need for economically and racially just food policies—a matter of vital public concern with deep implications for building collective power across a diversity of interests.

"By highlighting sites where justice, rather than food, is the primary motivator of social action, Joshua Sbicca’s timely and important book takes the conversation about food justice exactly where it needs to go."—Julie Guthman, co-editor of The New Food Activism: Opposition, Cooperation, and Collective Action

"Sbicca sees food justice as a universal cause that can unite and inspire broader social change, and his book provides a blueprint for activists who agree."—Civil Eats

"This is an academic book but well worth reading for anyone who cares about building a movement with power to change food systems."—Food Politics

"Sbicca challenges scholars and activists to locate the true causes of inequities and develop political strategies or social actions to overcome these causes."—Food Tank

"Joshua Sbicca’s Food Justice Now! Deepening the Roots of Social Struggle calls for a radical new food politics led by social justice, which focuses its attention broadly on the roots of structural inequalities in the food system and beyond."—Antipode

"Sbicca’s book stands out for its challenge to us to change both the way we think about food politics and about what counts as justice. We each came away from this book with a profound feeling that this work is fresh, necessary, and a long time coming."—Agriculture and Human Values

"Food Justice Now! should be on every planner’s list to read this year. The book serves as a primer on food justice and its far-reaching effects to all parts of our society in the United States."—Carolina Planning Journal

"Sbicca pushes the boundaries of the food justice movement forward in arguing for reformative modes of social relationships and organization to address institutional racism and neoliberal capitalism."—Food, Culture & Society