The Black Barque: A Tale of the Pirate Slave-Ship Gentle Hand on Her Last African Cruise (Paperback) 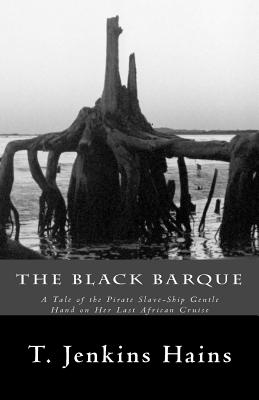 WHEN I struck the beach in Havre, the war with England had turned adrift upon that port's dock heads a strange assortment of men. Many had served in either the American or English navy, and many more had manned French privateers and had fought under Napoleon's eagles. The peace that had followed turned hordes of these fighting men into peaceable merchant sailors without ships, and they drifted about without definite means of sup port. I had come over from the States in an old tub of a barque called the Washington, after having served as mate for two years on the schooner General Greene. The war had taught me something, for I had served in the navy in one of the South Pacific cruises, and had fought in the frigate Essex. I was only a boy in years, but the service and other matters hardly worth mentioning here had hardened my nature and developed the disagreeable side of my character. I was mate of the old hooker, and could have made out well enough if the captain hadn t been somewhat down on me, for I never cared especially for women, and I believed my experience justified my opinion of them, but no matter. The old man seemed to think I couldnt be happy without thrashing every day one or more of the miserable dagoes he had had the assurance to tell me were sailors, and, after a nasty voyage of fifty days, I was not sorry to step ashore. I joined the saturnine pier-enders with my pay and discharge as being a remarkably hard and quarrelsome mate with but small experience.