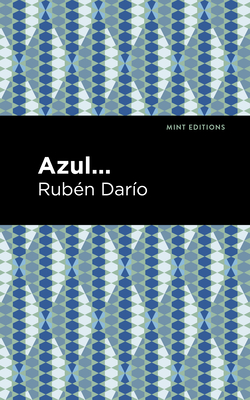 Azul... (1888) is a book of stories and poems by Rub n Dar o. Written while the poet was living in Chile, Azul... has been recognized as a pioneering work of Hispanic Modernism that launched the career of a leading Latin American poet. Both experimental and traditional, Azul... blends Dar o's concern over the sustainability of modern life with his abiding interest in the myths and magic of ancient cultures.

Infused with classical symbolism, inspired by the myth and philosophy of Ancient Greece, Rub n Dar o's Azul... bridges the gap between ancient and modern. Rather than focus on the differences between the two, he envisions the past as a living entity, allowing history and fantasy to coincide with the social realities of his time. In these poems and stories, fairies from the plays of Shakespeare appear alongside the working men and women of Latin America. Dreams coincide with a reality mired in poverty, labor, and passionless social climbing. Poets and port workers sing and die in a city of ghostly beauty. Azul... is less a book than it is an experience, and nearly a century and a half after its publication it remains one worth the taking.

With a beautifully designed cover and professionally typeset manuscript, this edition of Rub n Dar o's Azul... is a classic of Nicaraguan literature reimagined for modern readers.