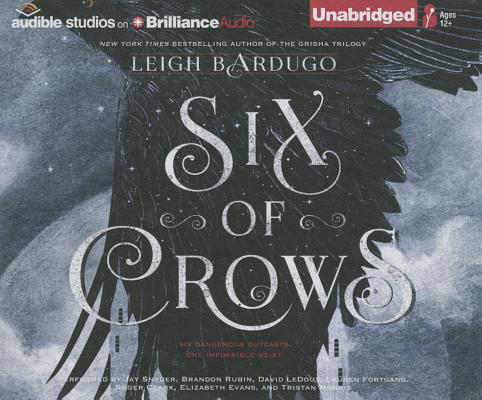 By Leigh Bardugo, Jay Snyder (Read by), Brandon Rubin (Read by)
This Book Is Not Sold Online - Inquire In Store
Hard to Find

Ketterdam: a bustling hub of international trade where anything can be had for the right price--and no one knows that better than criminal prodigy Kaz Brekker. Kaz is offered a chance at a deadly heist that could make him rich beyond his wildest dreams. But he can't pull it off alone....

Six dangerous outcasts. One impossible heist. Kaz's crew is the only thing that might stand between the world and destruction-if they don't kill each other first.