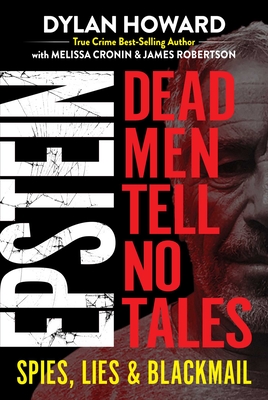 He was the billionaire financier and close confidant of presidents, prime ministers, movie stars and British royalty, the mysterious self-made man who rose from blue-collar Brooklyn to the heights of luxury. But while he was flying around the world on his private jet and hosting lavish parties at his private island in the Caribbean, he also was secretly masterminding an international child sex ring—one that may have involved the richest and most influential men in the world.

The conspiracy of corruption was an open secret for decades. And then in the summer of 2019, it all came crashing down.

After his arrest on sex trafficking charges in July 2019, it seemed Epstein’s darkest secrets would finally see the light. But hopes for true justice were shattered on August 10, when he was found dead in his cell at the Metropolitan Correctional Center, New York.

Now, Epstein: Dead Men Tell No Tales delivers bombshell new revelations, uncovers how the man President Trump once described as a “terrific guy” abused hundreds of underage girls at his mansions in Palm Beach and Manhattan… all while entertaining the world’s most powerful men—including President Clinton, Prince Andrew, and Donald Trump himself. The answers to these questions and more will be explored in Epstein: Dead Men Tell No Tales with groundbreaking new reporting, never-before-seen court files, and interviews with new witnesses and confidants.

Combining the very best investigative reporting from investigative journalists Dylan Howard, Melissa Cronin and James Robertson—who have been covering the case for close to a decade—will send shockwaves through the highest levels of the establishment.

As a man with unprecedented access to the facts and a reporter who is one of the most feared journalists in Hollywood, investigative reporter Dylan Howard has cracked open scandals that have brought down the careers of Mel Gibson, Charlie Sheen, Hulk Hogan, Paula Dean, and others. Howard’s sense for news saw him rise to become the undisputed most powerful gossip editor in the world—publishing dozens of salacious tabloid magazines each week, including Us Weekly, The National Enquirer, Star, In Touch, Life & Style, RadarOnline.com, and more.

In 2011, Howard was named Entertainment Journalist of the Year at the National Entertainment Journalism Awards, where the judges labelled him the “go-to guy for authoritative showbiz news and analysis on cable and over-the-air television.” Howard is the author of Diana: Case Solved and lives in New York City.

She also is renowned for her ability to successfully lead reporting teams on breaking news and enterprise stories. Named one of FOLIO's Top Women in Media for 2018, Cronin is “A Director-Level Doer” who “almost forensically tracks PR metrics,” New York magazine raved. Cronin has served as producer on several record-breaking television, podcast, and digital media projects. She lives in Palm Springs.

His fearless and forensic investigative-style journalism made him renowned for being the trailblazer who gets the story others can’t. From exposing Scientology’s ruthless practices to uncovering pay-offs in Hollywood and scooping an affair that sparked the most expensive divorce in history, Robertson was also praised by pundits for his “extraordinary” interview with Gloria Chapman, the loyal wife of John Lennon’s killer Mark Chapman, breaking her silence for the only time since 1980. In 2017, he became the youngest Editor-In-Chief in tabloid media at the helm of OK! magazine at only age 27, a position he still holds while overseeing reporting as Head of News for Us Weekly, The National Enquirer, RadarOnline, InTouch, Star, and Life & Style.

Epstein reflects the hard work and research Dylan Howard, Melissa Cronin, and James Robertson have put to tell this horrible story. It is well-researched and beautifully written. It should be required reading for young journalists who aspire to become investigative journalists. Epstein is the true story of crime in high places, but it is as gripping and thrilling as a good novel can be. It is a perfect match for those who love to read true crime.
—Washington Book Review

“The king of Hollywood scoops.”
—AdWeek