#TIL: Today I Learned: Hilarious, Entertaining, and Educational Trivia (Paperback) 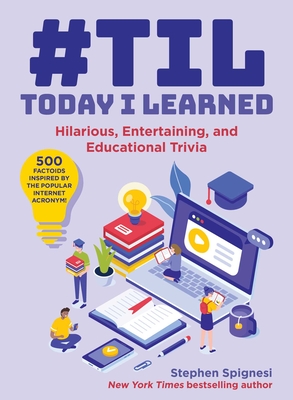 By Stephen Spignesi
$14.99
Unavailable, Out of Stock, or Out of Print

Stephen Spignesi is the author of nearly seventy books including the Skyhorse titles In the Crosshairs, 499 Facts about Hip-Hop Hamilton and the Rest of America’s Founding Fathers, and The Big Book of UFO Facts, Figures & Truth. Before retiring to write, edit, and lecture full time, he was a practitioner in residence for a decade at the University of New Haven, teaching English Composition and Literature, among other writing courses. He lives in New Haven, Connecticut.