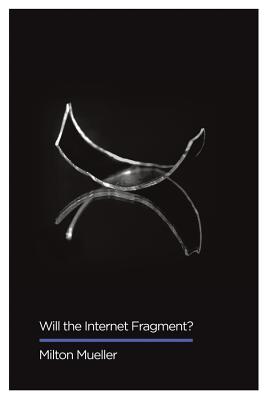 By Milton Mueller
$46.75
Unavailable, Out of Stock, or Out of Print

The Internet has united the world as never before. But is it in danger of breaking apart? Cybersecurity, geopolitical tensions, and calls for data sovereignty have made many believe that the Internet is fragmenting.

In this incisive new book, Milton Mueller argues that the "fragmentation" diagnosis misses the mark. The rhetoric of "fragmentation" camouflages the real issue: the attempt by governments to align information flows with their jurisdictional boundaries. The fragmentation debate is really a power struggle over the future of national sovereignty. It pits global governance and open access against the traditional territorial institutions of government. This conflict, the book argues, can only be resolved through radical institutional innovations.

Will the Internet Fragment? is essential reading for students and scholars of media and communications, international relations, political science and STS, as well as anyone concerned about the quality of Internet governance.

Milton Mueller is a professor in the School of Public Policy at the Georgia Institute of Technology. He is the co-founder and co-director of the Internet Governance Project (IGP).