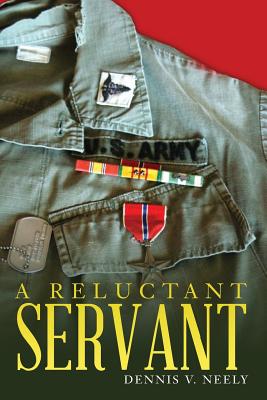 He was raised in a culture of respect and responsibility-taught to go to college, get a good job, and then provide for a family of his own. But for Dennis V. Neely, the struggle to reach nursing school graduation was only the beginning.

He had a debt to repay, redeemable only through active service with the United States Army. And when the call of duty brought him from Walter Reed Army Medical Center in Washington, DC, to the harrowing conditions of the Vietnam War, it set the stage for one of the most difficult periods of Neely's life.

In A Reluctant Servant, the Army veteran shares the experiences that have stuck with him for more than four decades-from his traumatic first loss in the medical arena to the devastating attack that nearly destroyed his field hospital for good.

Highlighting the contrast between the trusting innocence of his youth and the violent perils of war, this deeply personal memoir acts as both a therapeutic outlet and an unforgettable voice. Neely shares authentic memories and experiences from one of the most tumultuous eras in American history-providing a front-row view of the most unimaginable consequences of its violence and cruelty.

Dennis V. Neely is an experienced emergency and intensive care nurse and a US Army veteran. After reaching the rank of captain, he was awarded a Bronze Star for his leadership of surgical, intensive care, and emergency services during the Vietnam War. Currently retired, Neely was a certified EMT instructor and search-and-rescue member in Michigan. He has been married for forty-five years to Carole Ann DeCovich, RN, a fellow Vietnam veteran whom he met as a patient on the field. DeCovich is a recipient of both the Bronze Star and the Purple Heart. Together, they have a beautiful daughter, Shannon, and a wonderful son-in-law, Travis.