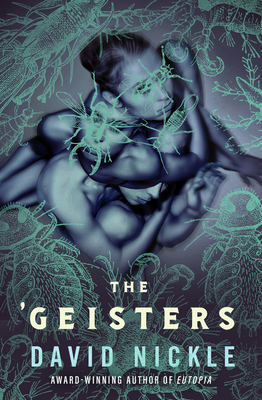 From the award-winning "heir to the mantle of Stephen King" A supernatural entity draws a woman into a terrifying nightmare (The National Post). Some little girls have imaginary friends. Ann LeSage had the Insect. A violent poltergeist that tore a murderous path through her family, it wasn't imaginary--and it definitely wasn't a friend. Now Ann is all grown up--and so is the Insect. And Ann's upcoming marriage to a mysterious young lawyer is about to open up a whole new world to both of them, rife with secrets and laced with traps. Soon, Ann will find herself in a perverse battle against a group of men who want to wrest control of the Insect from her. What they don't know is, if you play with the Insect, you're sure to get stung . . . "Few writers do psychosexual horror as well as Toronto's David Nickle, and with The 'Geisters he's back with another tale of voluptuous terror and the supernatural." --Toronto Star "This is a book that buzzes in your ears, climbs your crawling skin with multiple barbed feet, feeling with exquisitely sensitive antennae for the next new and terrible revelation." --The National Post " The 'Geisters] doesn't just explore the attractiveness of terror--it embodies it in a narrative that demands (excites even as it repels) your attention. It's a(nother) strong novel by one of the best, most interesting horror writers working today." --Bookgasm.

David Nickle is an award-winning Toronto-based author and journalist. He has written several novels and numerous short stories. Nickle's most recent book is Volk: A Novel of Radiant Abomination (2017).