The Converso's Return: Conversion and Sephardi History in Contemporary Literature and Culture (Stanford Studies in Jewish History and Culture) (Paperback) 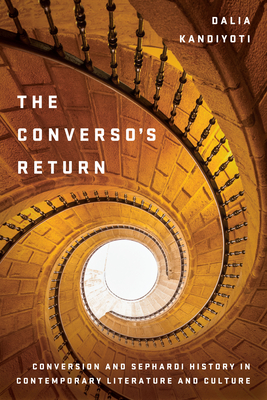 Five centuries after the forced conversion of Spanish and Portuguese Jews to Catholicism, stories of these conversos' descendants uncovering long-hidden Jewish roots have come to light and taken hold of the literary and popular imagination. This seemingly remote history has inspired a wave of contemporary writing involving hidden artifacts, familial whispers and secrets, and clandestine Jewish ritual practices pointing to a past that had been presumed dead and buried. The Converso's Return explores the cultural politics and literary impact of this reawakened interest in converso and crypto-Jewish history, ancestry, and identity, and asks what this fascination with lost-and-found heritage can tell us about how we relate to and make use of the past.

Dalia Kandiyoti offers nuanced interpretations of contemporary fictional and autobiographical texts about crypto-Jews in Cuba, Mexico, New Mexico, Spain, France, the Ottoman Empire, and Turkey. These works not only imagine what might be missing from the historical archive but also suggest an alternative historical consciousness that underscores uncommon convergences of and solidarities within Sephardi, Christian, Muslim, converso, and Sabbatean histories. Steeped in diaspora, Sephardi, transamerican, Iberian, and world literature studies, The Converso's Return illuminates how the converso narrative can enrich our understanding of history, genealogy, and collective memory.

Dalia Kandiyoti is Associate Professor of English at the College of Staten Island, City University of New York.