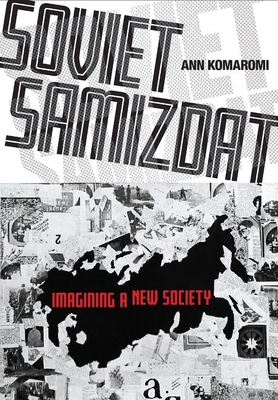 Soviet Samizdat traces the emergence and development of samizdat, one of the most significant and distinctive phenomena of the late Soviet era, as an uncensored system for making and sharing texts. Based on extensive research of the underground journals, bulletins, art folios and other periodicals produced in the Soviet Union from the mid-1950s to the mid-1980s, Ann Komaromi analyzes the role of samizdat in fostering new forms of imagined community among Soviet citizens.

Dissidence has been dismissed as an elite phenomenon or as insignificant because it had little demonstrable impact on the Soviet regime. Komaromi challenges these views and demonstrates that the kind of imagination about self and community made possible by samizdat could be a powerful social force. She explains why participants in samizdat culture so often sought to divide political from cultural samizdat. Her study provides a controversial umbrella definition for all forms of samizdat in terms of truth-telling, arguing that the act is experienced as transformative by Soviet authors and readers. This argument will challenge scholars in the field to respond to contentions that go against the grain of both anthropological and postmodern accounts.

Komaromi's combination of literary analysis, historical research, and sociological theory makes sense of the phenomenon of samizdat for readers today. Soviet Samizdat shows that samizdat was not simply a tool of opposition to a defunct regime. Instead, samizdat fostered informal communities of knowledge that foreshadowed a similar phenomenon of alternative perspectives challenging the authority of institutions around the world today.

Ann Komaromi is Associate Professor at the Centre for Comparative Literature and Department of Slavic Languages and Literatures at the University of Toronto. She is the author of Uncensored and editor of We Are Jews Again.