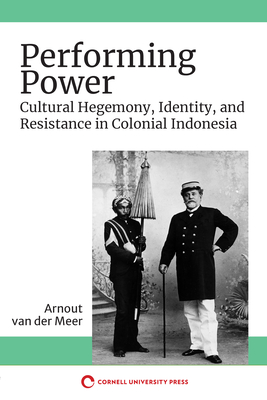 Performing Power illuminates how colonial dominance in Indonesia was legitimized, maintained, negotiated, and contested through the everyday staging and public performance of power between the colonizer and colonized.

Arnout Van der Meer's Performing Power explores what seemingly ordinary interactions reveal about the construction of national, racial, social, religious, and gender identities as well as the experience of modernity in colonial Indonesia. Through acts of everyday resistance, such as speaking a different language, withholding deference, and changing one's appearance and consumer behavior, a new generation of Indonesians contested the hegemonic colonial appropriation of local culture and the racial and gender inequalities that it sustained. Over time these relationships of domination and subordination became inverted, and by the twentieth century the Javanese used the tropes of Dutch colonial behavior to subvert the administrative hierarchy of the state.

Thanks to generous funding from the Sustainable History Monograph Pilot and the Mellon Foundation the ebook editions of this book are available as Open Access (OA) volumes from Cornell Open (cornellopen.org) and other Open Access repositories.

Arnout van der Meer is an Associate Professor of History at Colby College. Learn more about Arnout on his website at web.colby.edu/arnoutvandermeer/