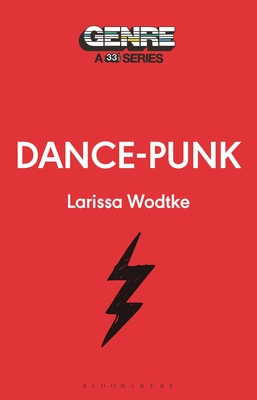 Beginning in the late 1970s as an offshoot of disco and punk, dance-punk is difficult to define. Also sometimes referred to as disco-punk and funk-punk, it skirts, overlaps, and blurs into other genres including post-punk, post-disco, new wave, mutant disco, and synthpop.

This book explores the historical and cultural conditions of the genre as it appeared in the late 1970s and early 1980s and then again in the early 2000s, and illuminates what is at stake in delineating dance-punk as a genre. Looking at bands such as Gang of Four, ESG, Public Image Ltd., LCD Soundsystem, The Rapture, and Le Tigre, this book examines the tensions between and blurring of the rhetoric and emotion in dance music and the cynical and ironic intellectualizing associated with post-punk.

Larissa Wodtke works in the Office of Research and Innovation at The University of Winnipeg, Canada, where she is also a member of the Centre for Research in Cultural Studies. She has published research on popular music, memory, irony, temporality, labour, neoliberalism, and digital texts, including co-authoring the book Triptych: Three Studies of Manic Street Preachers' The Holy Bible (2017).