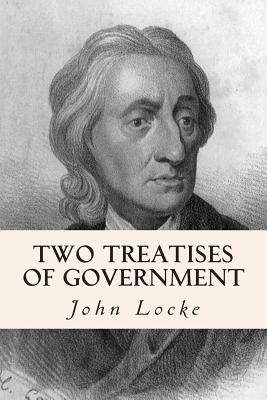 Two Treatises of Government is a work of political philosophy published anonymously in 1689 by John Locke. This publication contrasts former political works by Locke himself. In Two Tracts on Government, written in 1660, Locke defends a very conservative position; however Locke never published it. In 1669 Locke co-authored the Fundamental Constitutions of Carolina, which endorses aristocracy, slavery and serfdom. King James II of England (VII of Scotland) was overthrown in 1688 by a union of Parliamentarians and the stadtholder of the Dutch Republic William III of Oranje-Nassau (William of Orange), who as a result ascended the English throne as William III of England. This is known as the Glorious Revolution, also called the Revolution of 1688. Locke claims in the "Preface" to the Two Treatises that its purpose is to justify William III's ascension to the throne, though Peter Laslett suggests that the bulk of the writing was instead completed between 1679-1680 (and subsequently revised until Locke was driven into exile in 1683). According to Laslett, Locke was writing his Two Treatises during the Exclusion Crisis, which attempted to prevent James II from ever taking the throne in the first place. Anthony Ashley-Cooper, 1st Earl of Shaftesbury, Locke's mentor, patron and friend, introduced the bill, but it was ultimately unsuccessful. Richard Ashcraft, following in Laslett's suggestion that the Two Treatises were written before the Revolution, objected that Shaftesbury's party did not advocate revolution during the Exclusion Crisis. He suggests that they are instead better associated with the revolutionary conspiracies that swirled around what would come to be known as the Rye House Plot. Locke, Shaftesbury and many others were forced into exile; some, such as Sidney, were even executed for treason. Locke knew his work was dangerous-he never acknowledged his authorship within his lifetime. Two Treatises is divided into the First Treatise and the Second Treatise. The original title of the Second Treatise appears to have been simply "Book II," corresponding to the title of the First Treatise, "Book I." Before publication, however, Locke gave it greater prominence by (hastily) inserting a separate title page: "An Essay Concerning the True Original, Extent and End of Civil Government." The First Treatise is focused on the refutation of Sir Robert Filmer, in particular his Patriarcha, which argued that civil society was founded on a divinely sanctioned patriarchalism. Locke proceeds through Filmer's arguments, contesting his proofs from Scripture and ridiculing them as senseless, until concluding that no government can be justified by an appeal to the divine right of kings. The Second Treatise outlines a theory of civil society. Locke begins by describing the state of nature, a picture much more stable than Thomas Hobbes' state of "war of every man against every man," and argues that all men are created equal in the state of nature by God. From this, he goes on to explain the hypothetical rise of property and civilization, in the process explaining that the only legitimate governments are those that have the consent of the people. Therefore, any government that rules without the consent of the people can, in theory, be overthrown.