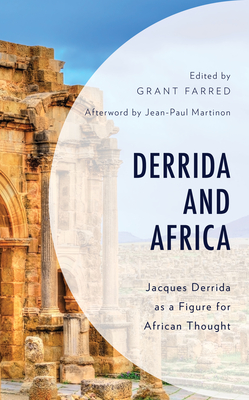 Derrida and Africa takes up Jacques Derrida as a figure of thought in relation to Africa, with a focus on Derrida's writings specifically on Africa, which were influenced in part by his childhood in El Biar. From chapters that take up Derrida as Mother to contemplations on how to situate Derrida in relation to other African philosophers, from essays that connect deconstruction and diaspora to a chapter that engages the ways in which Derrida--especially in a text such as Monolingualism of the Other: or, the Prosthesis of Origin--is haunted by place to a chapter that locates Derrida firmly in postapartheid South Africa, Derrida in/and Africa is the insistent line of inquiry. Edited by Grant Farred, this collection asks: What is Derrida to Africa?, What is Africa to Derrida?, and What is this specter called Africa that haunts Derrida?

Grant Farred is professor of Africana studies at Cornell University.