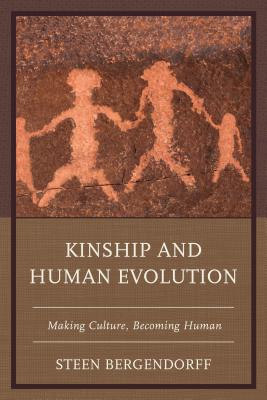 Kinship and Human Evolution: Making Culture, Becoming Human offers an exciting new explanation of human evolution. Based on insights from anthropology, it shows how humans became "cultured" beings capable of symbolic thought by developing kinship-based exchange relationships. Kinship was as an adaptive response to the harsh environment caused by the last major ice age. In the extreme ice age conditions, natural selection favored those groups that could forge and sustain such alliances, and the resulting relationships enabled them to share different food resources between groups. Kinship was a means of symbolically linking two or more groups, to the mutual reproductive advantage of both. From an evolutionary point of view, kinship freed humans from their dependence on their immediate environment, vastly expanding the niches they could occupy. If we take kinship to be the major factor in human evolution, networks and alliances must precede cultural units, becoming the defining element of localized cultures. Kinship and Human Evolution argues that it is living in networks that produces cultural differences and not culturally different groups that encounter one another; it shows that kinship both saved and created humanity as we know it, in all its cultural diversity.