Harry Potter and the Other: Race, Justice, and Difference in the Wizarding World (Children's Literature Association) (Hardcover) 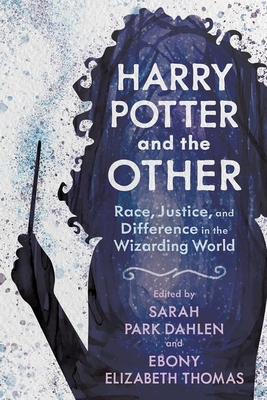 Contributions by Christina M. Chica, Kathryn Coto, Sarah Park Dahlen, Preethi Gorecki, Tolonda Henderson, Marcia Hernandez, Jackie C. Horne, Susan E. Howard, Peter C. Kunze, Florence Ma tita, Sridevi Rao, Kallie Schell, Jennifer Patrice Sims, Paul Spickard, Lily Anne Welty Tamai, Ebony Elizabeth Thomas, Jasmine Wade, Karin E. Westman, and Charles D. Wilson Race matters in the fictional Wizarding World of the Harry Potter series as much as it does in the real world. As J. K. Rowling continues to reveal details about the world she created, a growing number of fans, scholars, readers, and publics are conflicted and concerned about how the original Wizarding World--quintessentially white and British--depicts diverse and multicultural identities, social subjectivities, and communities. Harry Potter and the Other: Race, Justice, and Difference in the Wizarding World is a timely anthology that examines, interrogates, and critiques representations of race and difference across various Harry Potter media, including books, films, and official websites, as well as online forums and the classroom. As the contributors to this volume demonstrate, a deeper reading of the series reveals multiple ruptures in popular understandings of the liberatory potential of the Potter series. Young people who are progressive, liberal, and empowered to question authority may have believed they were reading something radical as children and young teens, but increasingly they have raised alarms about the series' depiction of peoples of color, cultural appropriation in worldbuilding, and the author's antitrans statements in the media. Included essays examine the failed wizarding justice system, the counterproductive portrayal of Nagini as an Asian woman, the liberation of Dobby the elf, and more, adding meaningful contributions to existing scholarship on the Harry Potter series. As we approach the twenty-fifth anniversary of the publication of Harry Potter and the Philosopher's Stone, Harry Potter and the Other provides a smorgasbord of insights into the way that race and difference have shaped this story, its world, its author, and the generations who have come of age during the era of the Wizarding World.

Sarah Park Dahlen is associate professor at the University of Illinois School of Information Sciences. She coedits the journal Research on Diversity in Youth Literature and coedited the book Diversity in Youth Literature: Opening Doors through Reading. Ebony Elizabeth Thomas is associate professor at the University of Michigan's School of Education. Her most recent book is The Dark Fantastic: Race and the Imagination from "Harry Potter" to the "Hunger Games."