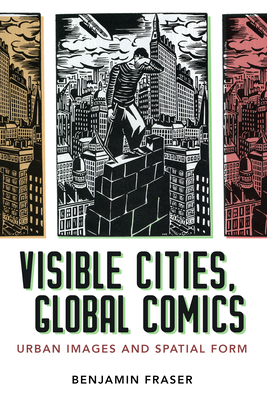 CHOICE Outstanding Academic Title for 2020 More and more people are noticing links between urban geography and the spaces within the layout of panels on the comics page. Benjamin Fraser explores the representation of the city in a range of comics from across the globe. Comics address the city as an idea, a historical fact, a social construction, a material-built environment, a shared space forged from the collective imagination, or as a social arena navigated according to personal desire. Accordingly, Fraser brings insights from urban theory to bear on specific comics. The works selected comprise a variety of international, alternative, and independent small-press comics artists, from engravings and early comics to single-panel work, graphic novels, manga, and trading cards, by artists such as Will Eisner, Tsutomu Nihei, Hariton Pushwagner, Julie Doucet, Frans Masereel, and Chris Ware. In the first monograph on this subject, Fraser touches on many themes of modern urban life: activism, alienation, consumerism, fl nerie, gentrification, the mystery story, science fiction, sexual orientation, and working-class labor. He leads readers to images of such cities as Barcelona, Buenos Aires, London, Lyon, Madrid, Montevideo, Montreal, New York, Oslo, Paris, S o Paolo, and Tokyo. Through close readings, each chapter introduces readers to specific comics artists and works and investigates a range of topics related to the medium's spatial form, stylistic variation, and cultural prominence. Mainly, Fraser mixes interest in urbanism and architecture with the creative strategies that comics artists employ to bring their urban images to life.

Benjamin Fraser is professor of Spanish and head of the Department of Spanish and Portuguese at the University of Arizona. He is author of several books including The Art of Pere Joan: Space, Landscape, and Comics Form; Digital Cities: The Interdisciplinary Future of the Urban Geo-Humanities; and Toward an Urban Cultural Studies: Henri Lefebvre and the Humanities.