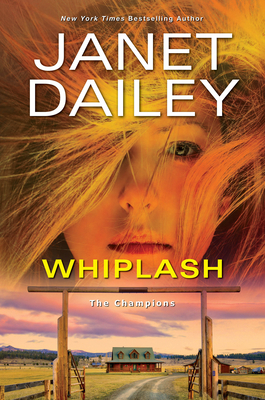 This is book number 2 in the The Champions series.

Fans of edge of your seat romance and readers of B.J. Daniels, Lindsay McKenna, and Diana Palmer won’t want to miss this electrifying and genuine new page-turner from the bestselling romance legend.

When Val Champion returns to the family ranch, she’s ready to put her past behind her. Her dreams of a Hollywood acting career have become a nightmare of fear. But once she sees rodeo man Casey Bozeman facing down a bull in the arena, she knows she’s no safer at home. Face to face with her first and only true love, Val can’t deny her still powerful feelings for Casey. Feelings she can never act on again…

Val’s the one who got away, the woman who broke his heart so hard he still feels the sting. But there’s no denying Casey’s still drawn to the fiery beauty. And there’s no way he can stand by when the high stakes Professional Bull Riding finals in Vegas bring out the danger Val’s been running from. Suddenly the rugged cowboy is willing to risk it all for her once more, even if it means facing down those secrets lurking in her unforgettable eyes…

Janet Dailey's first book was published in 1976. Since then she has written more than 100 novels and become one of the top-selling female authors in the world, with 300 million copies of her books sold in nineteen languages in ninety-eight countries. She is known for her strong, decisive characters, her extraordinary ability to recreate a time and a place, and her unerring courage to confront important, controversial issues in her stories.

PRAISE FOR JANET DAILEY and her novels

“Dailey does the genre proud with plenty of intrigue, subplots, twists, and of course, love. Fans and newcomers alike will revel in this ride.”
—Publishers Weekly on Texas Tall

“Fans of the prolific Dailey will be pleased.” –Booklist on Bannon Brothers: Triumph


“Dailey confirms her place as a top mega-seller.”
—Kirkus Reviews

“She moves her story ahead so purposefully and dramatically . . . readers will be glad they’ve gone along for the ride.”
—Chicago Sun-Times on Heiress