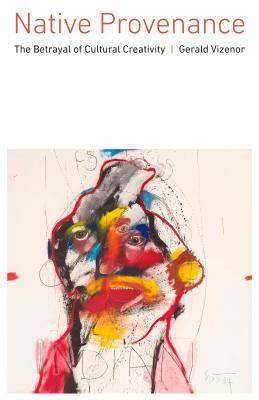 Gerald Vizenor’s Native Provenance challenges readers to consider the subtle ironies at the heart of Native American culture and oral traditions such as creation and trickster stories and dream songs. A respected authority in the study of Native American literature and intellectual history, Vizenor believes that the protean nature of many creation stories, with their tease and weave of ironic gestures, was lost or obfuscated in inferior translations by scholars and cultural connoisseurs, and as a result the underlying theories and presuppositions of these renditions persist in popular literature and culture.

Native Provenance explores more than two centuries of such betrayal of native creativity. With erudite and sweeping virtuosity, Vizenor examines how ethnographers and others converted the inherent confidence of native stories into uneasy sentiments of victimry. He explores the connection between Native Americans and Jews through gossip theory and strategies of cultural survivance, and between natural motion and ordinary practices of survivance. Other topics include the unique element of native liberty inherent in artistic milieus; the genre of visionary narratives of resistance; and the notions of historical absence, cultural nihilism, and victimry.

Native Provenance is a tour de force of Native American cultural criticism ranging widely across the terrains of the artistic, literary, philosophical, linguistic, historical, ethnographic, and sociological aspects of interpreting native stories. Native Provenance is rife with poignant and original observations and is essential reading for anyone interested in Native American cultures and literature.

Gerald Vizenor is a novelist, essayist, and interdisciplinary scholar of Native American culture and literature. He is professor emeritus of American studies at the University of California, Berkeley, and the author or editor of more than thirty books, including Native Liberty: Natural Reason and Cultural Survivance (Nebraska, 2009), and three recent novels, Chair of Tears (Nebraska, 2012), Blue Ravens, and Native Tributes.

“Poet, novelist, and critic Gerald Vizenor is arguably the most accomplished and prolific intellectual in the field of Native American studies. . . . Vizenor’s crucial and liberating theories on Survivance, natural reason, the Postindian, and other matters are highly influential in the field. . . . The world needs more independent minds of Vizenor’s caliber.”—Michael Snyder, Great Plains Quarterly

"In these essays Vizenor presents a way of seeing as compelling as his fiction."—L. De Danaan, Choice

"Native Provenance introduces new and useful concepts that we can employ to appreciate the complexity of Native American archival materials."—Ricardo L. Punzalan, RBM: A Journal of Rare Books, Manuscripts, and Cultural Heritage


"The essays gathered in this collection sprang from rhetorical events spanning several continents, and the extended conversation is one that will satisfy those who have been following Vizenor’s critical cartography and ironic interventions from Griever de Hocus to Dogroy Beaulieu."—Margaret Noodin, Native American and Indigenous Studies