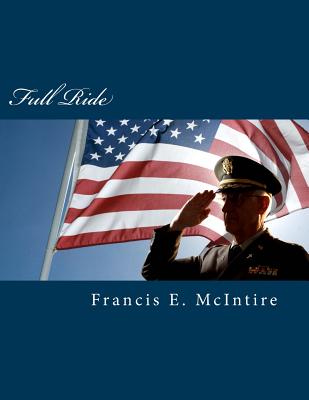 The Problem - many excellent students spend hundreds of hours filling out college and university scholarship application forms on paper or on the Web, only to discover that they qualify for just a small fraction of the money that they need for college. In comparison with the full cost of a college education, the merit scholarship dollars that you can expect to win will be relatively few. Consider this in the context of having to finance a college education that can easily exceed $30,000 per year (with tuition, books, and living expenses) and the problem becomes very real. The Solution - for the patriotic American, and students in countries that have an alliance partnership with the United States, the solution lies in having a strong desire to attend one of the five U.S. Service Academies. These top schools offer successful candidates the opportunity to accept a full ride merit scholarship that has been conservatively valued at more than $400,000.00 US dollars (over four years). To do this you will need the assistance of a knowledgeable guide. This roadmap provides the way ahead. A Complete Solution - there is little doubt about the value of an opportunity to attend a world class college that offers: -A superior undergraduate education with a broad choice of academic majors, -A small monthly paycheck that covers minor expenses (and some major ones, too), -A program that will help you build your leadership skills and professional character, -An exceptional intercollegiate and intramural athletic program (for undergraduates), -Spiritual and moral development for students of every faith group, -An opportunity for the patriotic young woman or man to serve their Country, and -A full ride scholarship that is valued at more than $400,000.00 The Full Picture - this opportunity is available at more than one school There are five such service academies that represent three different departments of the U.S. Federal Government: -The United States Air Force Academy in Colorado Springs, Colorado, -The United States Military Academy at West Point, New York, and -The United States Naval Academy in Annapolis, Maryland. All three are sponsored by the U.S. Department of Defense (DOD) and are chartered to educated and train the officers who will become the front-line leadership of the Army, Navy, Air Force, Marines, and the armed forces of U.S. allies. The two sister academies are: -The United States Coast Guard Academy in New London, Connecticut and -The United States Merchant Marine Academy at Kings Point, New York. These two service academies are sponsored by the U.S. Department of Homeland Security (DHS) and the U.S. Department of Transportation (DOT) and are chartered to develop the next generation of leadership for the Coast Guard and Merchant Fleet.

Frank McIntire is a 1974 graduate of the U.S. Air Force Academy, a management consultant, a U.S. Air Force fighter pilot, and an Assistant Professor of Behavioral Sciences and Leadership at the U.S. Air Force Academy. He led USAF operations in Europe and for NATO, as Chief of Operations, Quality Assurance, and the Functional Check Flight branch at Royal Air Force Upper Heyford in the United Kingdom. As Deputy Commander and Deputy Director for Air Force Quality Assurance, Frank directs the efforts of the 80-person global consulting agency for organizational development and business transformation worldwide. As Manager with KPMG Peat Marwick LLP, he led the business process reengineering, organizational development, and business transformation efforts for DoD and commercial clients. In 2000, Frank helped his son win nominations and appointments to all five U.S. service academies. Also in 2000, Frank launched a service disabled veteran-owned small business that has grown to more than $37 million in annual sales at the time of publication. Clients include KPMG and Oracle Corp., the Department of Defense, the Department of Veterans Affairs, the Department of Health and Human Services, the U.S. Intelligence Community, and Alaska Native Corporations providing secure network communications and cyber security for accounts worldwide. Frank has developed the "secret sauce" for helping candidates seek and obtain nominations and admissions to the five U.S. service academies. Frank can be reached at (719) 651-7746 and is available for private consultation. In 1996, Frank launched the University Alliance to assist qualified and highly motivated students win acceptances at our nation's top schools, universities, and service academies. Forbes top 100 colleges and universities list also includes five of the U.S. service academies.