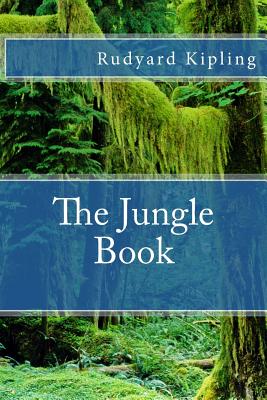 During the times of the British Raj in India, Mowgli is the 5-year-old son of the widowed Nathoo. Nathoo works as a tour guide. On one of his tours, he is leading Colonel Geoffrey Brydon and his men as well as Brydon's 5-year-old daughter Katherine, with whom Mowgli nicknames "Kitty" and is close friends. That night, Shere Khan attacks the encampment, killing some soldiers who had been hunting for fun in the jungle earlier, which had enraged Khan. When he tries to kill the third hunter, Buldeo, Nathoo defends Buldeo and is mauled to death by Shere Khan. In the confusion, Mowgli is lost in the jungle (so is left unaware of his father's death) - Brydon and his men now believe Mowgli has too been killed. Mowgli is soon spotted by Bagheera the gentle panther, who brings the boy to the wolf pack. Mowgli also befriends a bear cub named Baloo. Years later, Mowgli, now a young man, discovers Monkey City, a legendary ancient city filled with treasure, owned by King Louie who has his treasure guarded by Kaa the python. Elsewhere, Katherine and her father are still stationed in India. She and Mowgli meet again, but neither recognise the other. Katherine is also in a relationship with one of Brydon's soldiers, William Boone. Mowgli enters the village in search of Katherine. Boone and his men manage to capture him and see that he is in possession of a valuable dagger that he took from Monkey City. Katherine discovers an old bracelet of her mother's: one she gave Mowgli when they were children, and instantly realizes who Mowgli is. She and Dr. Julius Plumford (a good friend of Brydon's) decide that they must re-introduce Mowgli to civilization. In doing so, Mowgli and Katherine fall in love, much to Boone's displeasure. Boone later proposes to Katherine and she accepts. Around this time, Mowgli returns to the jungle as he does not feel at home in the village, among Boone's friends. After Boone's cruel treatment of Mowgli, Katherine realizes she cannot marry Boone, so her father decides to send her back to England.