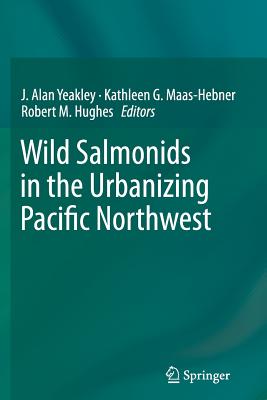 Wild salmon, trout, char, grayling, and whitefish (collectively salmonids) have been a significant local food and cultural resource for Pacific Northwest peoples for millennia. The location, size, and distribution of urban areas along streams, rivers, estuaries, and coasts directly and indirectly alter and degrade wild salmonid populations and their habitats. Although urban and exurban areas typically cover a smaller fraction of the landscape than other land uses combined, they have profound consequences for local ecosystems, aquatic and terrestrial populations, and water quality and quantity.​

J. Alan Yeakley earned his Ph.D. in environmental science from the University of Virginia in 1993. His areas of research interest include watershed hydrology, biogeochemistry, plant ecology and urban ecology. Alan held a post-doc jointly funded by the University of Georgia and the US Forest Service prior to taking a faculty position at Portland State University (PSU) in 1994. At PSU, he helped found the Department of Environmental Science & Management, and was recently appointed Director of the School of Environment. Alan has been a member of the Independent Multidisciplinary Science Team (IMST) for the State of Oregon since 2009.Kathleen G. Maas-Hebner earned her MS in forestry at Michigan State University and has been a forest and riparian ecologist at Oregon State University since 1993. As a Senior Faculty Research Assistant she has studied in riparian silviculture and restoration in the Oregon Coast Range. Since 2000 she has been lead scientific and administrative support to the State of Oregon's Independent Multidisciplinary Science Team focusing on how natural resource and land use management since affect riparian and aquatic habitat.Robert M. Hughes earned his PhD in Fisheries and Wildlife from Oregon State University. He is a Senior Research Scientist, Aminis Opes Institute and a Courtesy Associative Professor, Department of Fisheries and Wildlife, Oregon State University. He previously served as the indicator coordinator for the Environmental Monitoring and Assessment Program (EMAP) for Surface Waters. He developed monitoring techniques and indicators for bird, fish, benthic macroinvertebrates, and algae assemblages in northeastern US lakes, Appalachian streams and rivers, and western US streams and rivers. Robert has been a member of the State of Oregon's Independent Multidisciplinary Science Team since 2004.