Massacre on the Merrimack: Hannah Duston's Captivity and Revenge in Colonial America (Paperback) 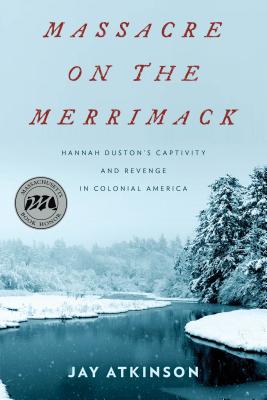 Now in paperback -Awarded honors in nonfiction by the Massachusetts Book Award. -A riveting true story of murder, captivity, revenge, and escape Told with narrative skill and exquisite historical detail Massacre on the Merrimack examines a dark period in America's past and the bloody deeds of Hannah Duston, who escaped her Native American captors and returned to her settlement of Haverhill, Massachusetts, with a collection of scalps. Jay Atkinson is the author of eight books. He has written for the New York Times, Boston Globe, Newsday, Men's Health, and Boston Globe magazine. He lives in Methuen, Massachusetts.

Jay Atkinson, called "the bard of New England toughness" by Men's Health magazine, is the author of eight books. Caveman Politics was a Barnes & Noble Discover Great New Writers Program selection and a finalist for the Discover Great New Writers Award; Ice Time was a Publishers Weekly Notable Book of the Year and a New England Bookseller's Association bestseller; and Legends of Winter Hill spent seven weeks on the Boston Globe hardcover bestseller list. He has written for the New York Times, Boston Globe, Newsday, Portland Oregonian, Men's Health, Boston Sunday Herald, and Boston Globe magazine, among other publications. Atkinson teaches writing at Boston University and has been nominated for the Pushcart Prize three times. He grew up hearing Hannah Duston's story in his hometown of Methuen, Massachusetts, which was part of Haverhill until 1726. He lives in Methuen, Massachusetts.