Do You Know Your Bride?: A Quiz About the Woman in Your Life (Do You Know?) (Paperback) 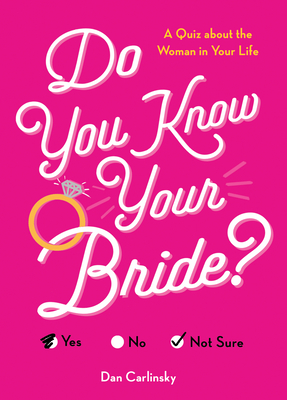 The wedding quiz book for husbands-to-be!

The perfect book for wedding showers, engagements, bachelor parties, and more! This fun activity book will uncover the hilarious things a groom does (or doesn't!) know about his bride-to-be before the big day! With brain stumping questions and fun multiple choice, this is the perfect shower or engagement party game to get couples talking, laughing, and learning more about each other!

Now, the only real question is, which groom will take up the trivia challenge?