The Nazis Next Door: How America Became a Safe Haven for Hitler's Men (Compact Disc) 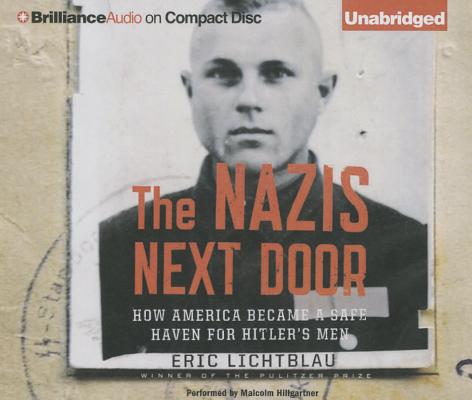 By Malcolm Hillgartner (Read by), Eric Lichtblau
$19.99
Unavailable, Out of Stock, or Out of Print

Until recently, historians believed America gave asylum only to key Nazi scientists after World War II, along with some less famous perpetrators who managed to sneak in and who eventually were exposed by Nazi hunters. But the truth is much worse, and has been covered up for decades: the CIA and FBI brought thousands of perpetrators to America as possible assets against their new Cold War enemies. When the Justice Department finally investigated and learned the truth, the results were classified and buried.

Using the dramatic story of one former perpetrator who settled in New Jersey, conned the CIA into hiring him, and begged for the agency's support when his wartime identity emerged, Eric Lichtblau tells the full, shocking story of how America became a refuge for hundreds of postwar Nazis.