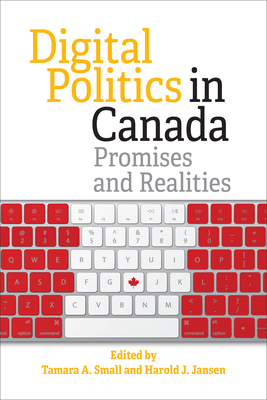 By Tamara Small (Editor), Harold Jansen (Editor)
$126.00
Unavailable, Out of Stock, or Out of Print

Digital Politics in Canada addresses a significant gap in the scholarly literature on both media in Canada and Canadian political science. Using a comprehensive, multidisciplinary, historical, and focused analysis of Canadian digital politics, this book covers the full scope of actors in the Canadian political system, including traditional political institutions of the government, elected officials, political parties, and the mass media. At a time when issues of inclusion are central to political debate, this book features timely chapters on Indigenous people, women, and young people, and takes an in-depth look at key issues of online surveillance and internet voting. Ideal for a wide-ranging course on the impact of digital technology on the Canadian political system, this book encourages students to critically engage in discussions about the future of Canadian politics and democracy.