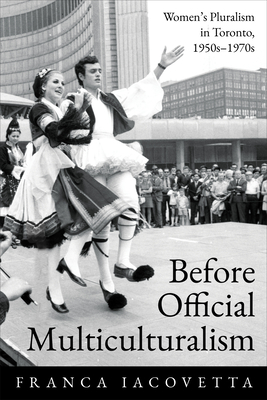 By Franca Iacovetta
$80.00
Unavailable, Out of Stock, or Out of Print

For almost two decades before Canada officially adopted multiculturalism in 1971, a large network of women and their allies in Toronto were promoting pluralism as a city- and nation-building project. Before Official Multiculturalism assesses women as liberal pluralist advocates and activists, critically examining the key roles they played as community organizers, frontline social workers, and promoters of ethnic festivals.

The book explores women's community-based activism in support of a liberal pluralist vision of multiculturalism through an analysis of the International Institute of Metropolitan Toronto, a postwar agency that sought to integrate newcomers into the mainstream and promote cultural diversity. Drawing on the rich records of the Institute, as well as the massive International Institutes collection in Minnesota, the book situates Toronto within its Canadian and North American contexts and addresses the flawed mandate to integrate immigrants and refugees into an increasingly diverse city. Before Official Multiculturalism engages with national and international debates to provide a critical analysis of women's pluralism in Canada.