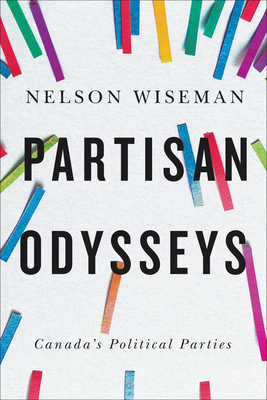 By Nelson Wiseman
$31.95
Unavailable, Out of Stock, or Out of Print

In Partisan Odysseys, Nelson Wiseman sets out to survey the history of Canada's political parties. Uncovering distinctive motifs and events in Canadian party politics from pre-Confederation to the present, Wiseman shows how parties have adjusted, adapted, and reinvented themselves in response to significant social and economic changes as well as how parties have, in turn, shaped or reinforced these social forces.

The book begins by tracing the rise of four different types of parties in the nineteenth century. By the end of the century, the Conservative and Liberal parties that continue to this day were firmly established. Among the topics covered throughout are nationalism, minority governments, third parties, and the reconfiguration of party positions. Wiseman concludes by examining changes in the way Canada's ever-evolving parties have operated and the rise of the modern party as a nimble, enterprising institution compared to its historical antecedent.