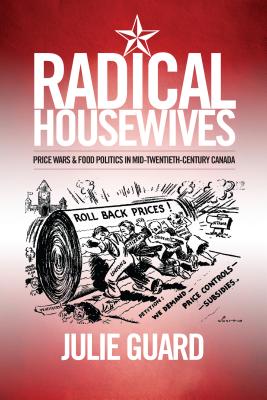 By Julie Guard
$34.95
Unavailable, Out of Stock, or Out of Print

Radical Housewives is a history of the Canada's Housewives Consumers Association. This association was a community-based women's organization with ties to the communist and social democratic left that, from 1937 until the early 1950s, led a broadly based popular movement for state control of prices and made other far-reaching demands on the state. As radical consumer activists, the Housewives engaged in gender-transgressive political activism that challenged the government to protect consumers' interests rather than just those of business while popularizing socialist solutions to the economic crises of the Great Depression and the immediate postwar years.

Julia Guard's exhaustive research, including archival research and interviews with twelve former Housewives, recovers a history of women's social justice activism in an era often considered dormant and adds a Canadian dimension to the history of politicized consumerism and of politicized materialism. Radical Housewives reinterprets the view of postwar Canada as economically prosperous and reveals the left's role in the origins of the food security movement.