The Blueprint: Conservative Parties and Their Impact on Canadian Politics (Paperback) 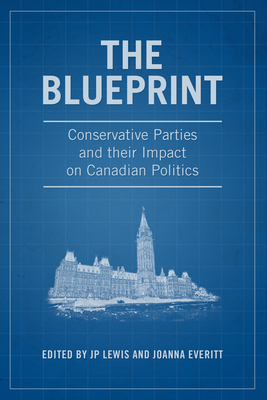 In this collection, J.P. Lewis and Joanna Everitt bring together a group of up-and coming-political scientists as well as senior scholars to explore the recent history of the Conservative Party of Canada, covering the pre-merger period (1993-2003) and both the minority and majority governments under Prime Minister Stephen Harper.

The contributors provide nuanced accounts about the experience of conservatives in Canada which reflect the contemporary evolution of Canadian politics in both policy and practice. They challenge the assumption that Harper's government was built upon traditional "toryism" and reveal the extent to which the agenda of the CPC was shaped by its roots to the Reform and Canadian Alliance Parties. Organized thematically, the volume delves into such topics as interest advocacy, ethno-cultural minorities, gender, the media, foreign policy, and more. The Blueprint showcases the renewed vigour in political studies in Canada while revealing the contradictory story of the modern Conservative Party.