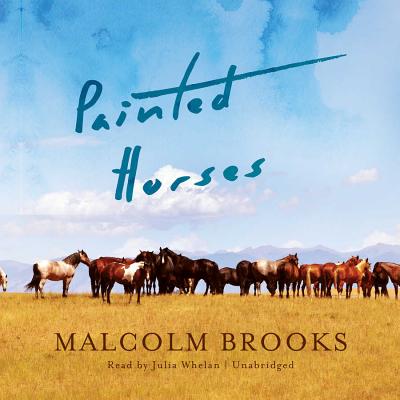 By Malcolm Brooks, Julia Whelan (Read by)
This Book Is Not Sold Online - Inquire In Store
Not In Stock/Special Order

“Brooks sweeps post-WWII American prosperity, ancient native traditions, and the rush to tame the still-wild West together in a novel driven by diverse and deeply realized characters that come together in a heart-pounding story. Catherine Lemay is a talented young archeologist defying the traditions of a 'man's world' by accepting the challenge to explore a Montana canyon slated for flooding for hydroelectric power. What she discovers is beauty, history, threats, and John H - a former mustanger, Army veteran, and enigmatic canyon dweller. Far from her comfortable New York home, Catherine embraces Montana's stark conditions and with John H uncovers both secrets of the region and truths within herself. A breathtaking debut!”
— Cheryl McKeon, Book Passage, San Francisco, CA

In the mid-1950s, America was flush with prosperity and saw an unbroken line of progress clear to the horizon, while the West was still very much wild. In this ambitious, incandescent debut, Malcolm Brooks animates that time and untamed landscape in a tale of the modern and the ancient, of love and fate, and of heritage threatened by progress.Catherine Lemay is a young archaeologist on her way to Montana with a huge task before her--a canyon "as deep as the devil's own appetites." Working ahead of a major dam project, she has one summer to prove that nothing of historical value will be lost in the flood. From the moment she arrives, nothing is familiar--the vastness of the canyon itself mocks the contained, artifact-rich digs in post-Blitz London where she cut her teeth. And then there's John H, a former mustanger and veteran of the US Army's last mounted cavalry campaign, living a fugitive life in the canyon. John H inspires Catherine to see beauty in the stark landscape, and her heart opens to more than just the vanished past.Painted Horses sends a dauntless young woman on a heroic quest, sings a love song to the horseman's vanishing way of life, and reminds us that love and ambition, tradition and the future, often make strange bedfellows. It establishes Malcolm Brooks as an extraordinary new talent.