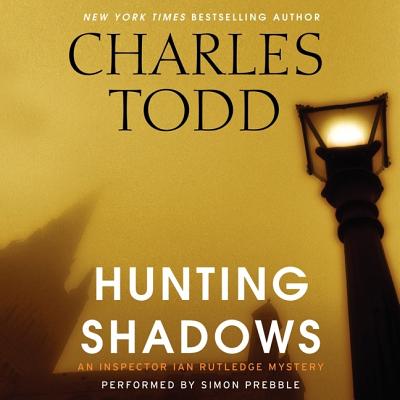 By Charles Todd, Simon Prebble (Read by)
$39.99
Unavailable, Out of Stock, or Out of Print

In the latest mystery from New York Times bestselling author Charles Todd, Inspector Ian Rutledge is summoned to the quiet, isolated Fen country to solve a series of seemingly unconnected murders before the killer strikes again

August 1920. A society wedding at Ely Cathedral in Cambridgeshire becomes a crime scene when a guest is shot just as the bride arrives. Two weeks later, after a fruitless search for clues, the local police are forced to call in Scotland Yard. But not before there is another shooting in a village close by. This second murder has a witness; the only problem is that her description of the killer is so horrific it's unbelievable. Badgered by the police, she quickly recants her story.

Despite his experience, Inspector Ian Rutledge can find no connection between the two deaths. One victim was an Army officer, the other a solicitor standing for Parliament; their paths have never crossed. What links these two murders? Is it something from the past? Or is it only in the mind of a clever killer?

Then the case reminds Rutledge of a legendary assassin whispered about during the war. His own dark memories come back to haunt him as he hunts for the missing connection--and yet, when he finds it, it isn't as simple as he'd expected. He must put his trust in the devil in order to find the elusive and shocking answer.