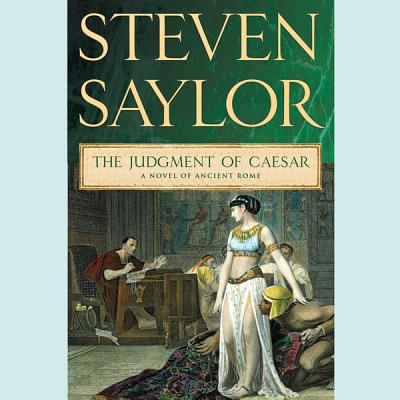 This is book number 10 in the Roma Sub Rosa series.

In 48 BC the Roman generals Caesar and Pompey are engaged in a battle to rule the world. As Pompey plots a reckless stand on the banks of the Nile, Gordianus the Finder-who has brought his dying wife, Bethesda, to the Nile seeking a cure from its sacred waters-finds himself suddenly at the heart of a series of treacherous and history-altering events.

While Caesar and Cleopatra embark on a legendary romance, Egypt remains ravaged by the brutal contest between the queen and her brother, King Ptolemy. Worst of all for Gordianus, Meto, his once-disowned son and Caesar's right-hand man, stands falsely accused of murder.

Caesar's judgment will decide his son's fate, and it is up to Gordianus to somehow overcome malevolent forces to reveal the carefully obscured truth in order to save his son's life.